UNDERSTANDING “MADE IN ITALY”

A conversation with Riccardo Illy at the Firehouse, Fort Mason, on the occasion of the release of his new book THE ART OF EXCELLENT PRODUCTS: Enchanting Customers with Premium Brand Experiences. Event moderated by Kathy McCabe. 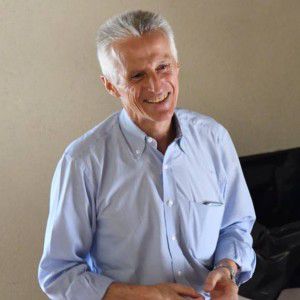 Riccardo Illy joined the family company, Illycaffè S.p.A. in 1977 and focused on the reorganization of its commercial structure. During the second half of the 1980s, he became the company’s sales director and chose to reassert the uniqueness of the blend, returning to producing a single blend. In those same years, he reestablished Sales Organization network in Italy as well as abroad. He also developed marketing and communication activities and redesigned the business logo. He extended product sales to the alimentary and workplace channels. Subsequently, he became international sales director and re-organized the structure of the subsidiary companies. In 1992, he became managing director and in 1995, vice-president. Riccardo Illy is also a journalist and author of a book, Dal Caffè all’Espresso (From Coffeebeans to Espresso), published by Mondadori and translated in English, French and German. In 2006 he wrote La rana cinese. Come l’Italia può tornare a crescere (The Chinese Frog) and in 2008 Così perdiamo il Nord (So we Lose the North). From 1993 to 2000, he was Mayor of Trieste and in 2001 was elected MP in the Italian Parliament. In 2003, he was elected President of the Regione Autonoma Friuli-Venezia Giulia, a position he held until April 2008. In 2004, he was elected President of the Assembly of the European Regions. From 2008 to 2010 he was a member of the High Level Group on Administrative Burdens of the EU in Brussels. From 1997 to 2002, Illy was president of the Comitato Promotore della Direttrice Ferroviaria Europea Transpadana (a committee dedicated to promoting a fast trans-European railway line via Northern Italy). In 2000, the President of the Republic of Austria conferred on him the “Golden Honorary Title.” In the same year, he was awarded the degree Honoris Causa in Political Science at the University of Trieste. In 2009, Riccardo Illy was appointed Grande Ufficiale by the President of the Italian Republic.